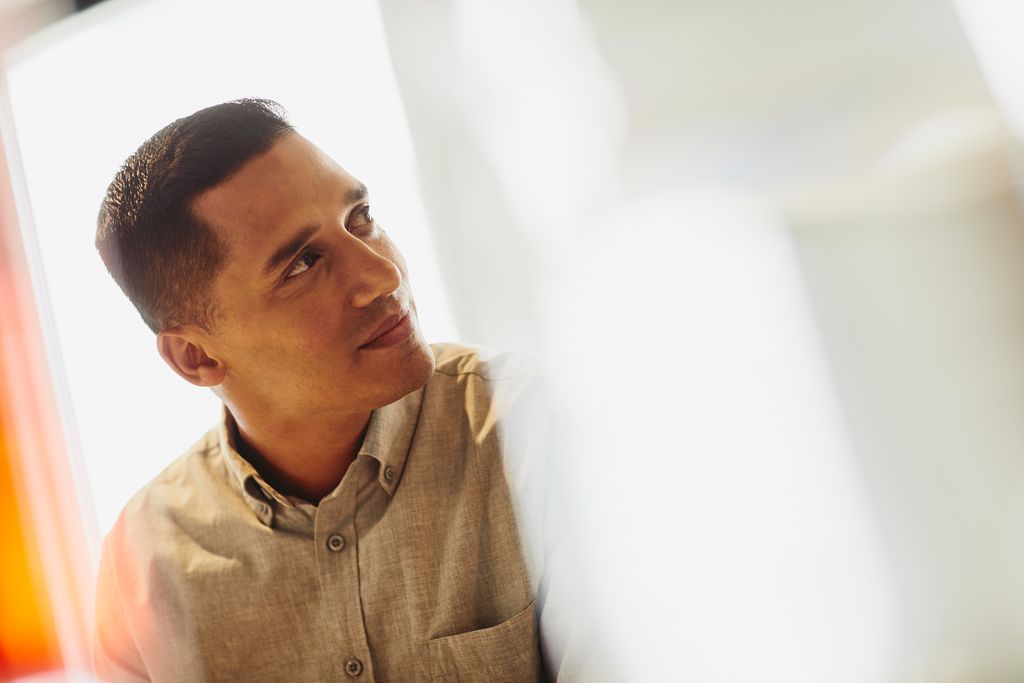 A career transition is a journey and everyone’s path is different. You may come across large boulders and tree roots that must navigated, long uphill slogs that can exhaust you, flat stretches that give you the chance to catch your breath, streams that seem uncrossable, and descents that give you speed and seem surprisingly easy and pleasing. No matter the degree of difficulty of the path you’re on, there are approaches to navigating your journey that will make it rewarding and worthwhile. As a career coach, I have seen firsthand that the most successful job seekers always stuff a few essential items in their backpacks: a proactive, rather than reactive, approach; resiliency and a positive outlook; a laser focus; and a strong support system.

What does a successful expedition look like? I will share the story of Paul*, a bright, driven, and open-minded client whom I had the privilege of supporting during his six-month trek to find a new role. He made the decision to take advantage of the outplacement services provided by his previous employer, which is how I came to work with him. This story is gratifying to tell because it highlights all the phases of job search and demonstrates the value of having mentors to learn from and a coach to help stay motivated and continue moving forward.

When I first met Paul, he had already gone through the process of reflection and self-analysis to determine the type of job  he wanted  and the industry in which he wanted to work. His goal was to land a role closing new business as an account executive for a software company. In his previous role, he had successfully driven sales through existing accounts for a non-tech company. The biggest challenge he faced in his job search was his lack of experience selling software-as-a-service (SaaS), so we had a sense of what he was would be up against. We had to find a way to show he had the skills, traits and experience to do a sales role and that he understood the industry-specific nuances of selling software.

Paul had a clear search focus and a proactive approach from the onset, so we started by defining his decision-making criteria. This stage of the journey required Paul to do some uphill walking by researching the marketplace and determining whether his goals were attainable. He proceeded with exploring job boards and researched the critical success factors for landing his target job. Fortunately for Paul, there were plenty of job opportunities and he felt assured by his research that he could land the role he wanted. He gained this confidence because he had previously analyzed his transferrable skills and mapped them against the requirements of his ideal job postings to find there was enough overlap to build a strong case for his candidacy. He had also identified a skills gap that could potentially work against him in the search. We immediately determined that he could  cross that stream by upskilling through taking online training on his own initiative.

Another crucial challenge that Paul faced was how to articulate to hiring stakeholders that he meets the requirements of a job. Paul began tackling this ‘boulder’ by reaching out to his professional network and mentors to gain a solid understanding of the key skills that hiring stakeholders were going to be evaluating. From this exercise, he determined that his resume needed a complete overhaul.

related content: reinvent your career with transferrable skills and traits.

Paul began meticulously analyzing the content of his resume to identify gaps in his messaging. We worked together to set objectives for the resume overhaul, which were to:

To maximize the effectiveness of his resume, Paul further leveraged the outplacement services offered by his former employer to work with a professional resume writer. He wanted to make the most of their collaboration and diligently dove into updating the data and information on his resume to ensure that he was providing the writer with the strongest content possible. Their collaboration produced a highly tailored, applicant tracking system (ATS)–friendly resume that used current best practices for writing resumes. Paul appreciated having the professional support to work on the resume, which saved him precious time and optimized the results of his job applications.

Preparing a resume is only a fraction of the messaging work required to tackle a career transition. To be competitive in the current marketplace, Paul also needed to have a compelling professional value proposition (PVP), an updated LinkedIn profile and well-prepared SMART stories to tackle behavioral interviewing questions. He dug into this work, ensuring consistency across all his messaging. Paul was then ready to start applying for jobs.

Paul ran into a bump in the road, or shall we say a tree root in his path, after his first round of job applications didn’t get the traction he hoped for. He received few calls back and didn’t make it past the first round of interviews. He became disheartened after all the preparation he had put into getting to this stage, not unlike the experience of hiking to the top of a steep hill only to find out that there are several similar ascents ahead. Paul knew the market was going to be tough but hadn’t anticipated the degree of rejection he was going to experience. And it was at this critical moment in his search that he made the decision to reach out once again for a walking stick – coaching – to get him past this moment. He knew something wasn’t working and was determined to figure it out.

We immediately developed an action plan that involved analyzing the job postings he applied for to determine if his applications clearly showed he met the requirements of the jobs. We found that his resume needed to incorporate more keywords from postings and his cover letters needed to address the specific requirements of each job. While the initial resume he produced in partnership with a resume write was highly relevant to the type of role Paul was seeking as an account executive at a software company, he learned from this exercise that a resume is a living document that requires some degree of tailoring for each job application. Paul and I also decided to do a mock interview to assess his interview skills. With an open mind, he welcomed feedback for improvement and saw where he needed to adjust his tactics.

pivotal moments when the job search turned around

Armed with a fresh outlook, Paul and I began discussions about ramping up his networking activities to uncover more job opportunities. Most opportunities are in this hidden job market. He first reacted  hesitantly to my recommendation because he didn’t feel confident in his networking abilities and doubted the value of this activity. After some coaching and knowledge transfer, we put a networking action plan in place that focused mainly on using LinkedIn to establish new contacts. It didn’t take long before Paul hit his stride and began the easier descent – making new connections and realizing that the LinkedIn community was a goldmine of intelligence that could help him navigate the marketplace. This was the pivotal moment in his journey when his search took a turn for the better. Paul kept his job search momentum going consistently from this point onward and his confidence blossomed as he worked his way through discovery activities and exploratory interviews.

As a next step, Paul reached out to me to ask for training recommendations. I put him in contact with someone from my network, which set off a chain of events that landed him an interview with his first choice on his list of target companies. Though he didn’t get an offer from this company, he was absolutely thrilled to have been invited to the table by such a sought-after employer. This experience boosted his confidence significantly and showed him that he could compete in the SaaS job market for an account executive role.

related content: how to use virtual networking to find a job.

From this point forward, Paul was consistently landing interviews. Eventually, he hit that seemingly uncrossable stream when he was asked to present a sales territory plan to a panel of hiring stakeholders, which he had never done before. He knew he needed some help to ensure the fine nuances of selling software were integrated into his plan. So, he reached out to his network and found that people like helping others. He found a generous mentor who worked as a sales VP and coached him through the preparation of the territory plan.

By the fifth month of his search, Paul hit a point when he was shortlisted by four companies and anticipating multiple offers. Shortly thereafter, he received an offer from his second-choice company. I coached him through how to manage the situation and the salary negotiations. When all was said and done, Paul accepted a better offer than he could have ever anticipated for a senior account executive role with a SaaS company.

After receiving a job offer, Paul was astute enough to recognize that he needed coaching to transition to a new company in a new function. We put a transition plan in place to ensure he was focused on getting career wins in his first few months of the new job and that he acclimated seamlessly into his new role. We also had strategic discussions about which competencies he needed to work on over time in his new role to take his career to the next level and land his next job.

Paul was one of the hardest working, most resilient and accountable clients I have ever partnered with in a search. Our combined efforts resulted in the most fulfilling experience I have ever had as a coach. Paul’s parting words to me were that he always felt empowered and supported and never alone in his journey.

The synergies of working with coaches and mentors and networking were absolutely the key success factors in Paul’s trek. These kept his motivation high and focused on proactively executing the right types of activities. Combined with his tenacity, he had a sure-fire formula for the results he achieved in his career transition.

In a job market where remote work and virtual global teams are becoming the norm, career transitions will become increasingly competitive. Job seekers do not have to approach their job search alone. Many employers offer support through outplacement services such as resume writing, career coaching service and access to job search resources. Don’t hesitate to seek out support from all directions. 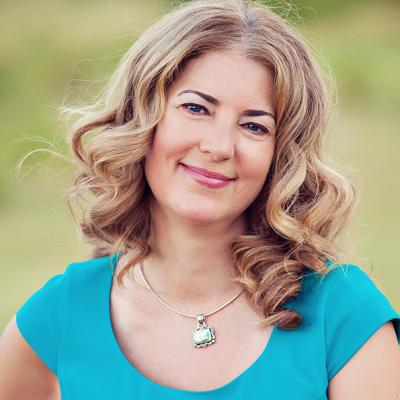 speak to an expert.

unleash worklife possibilities for your organization and employees.